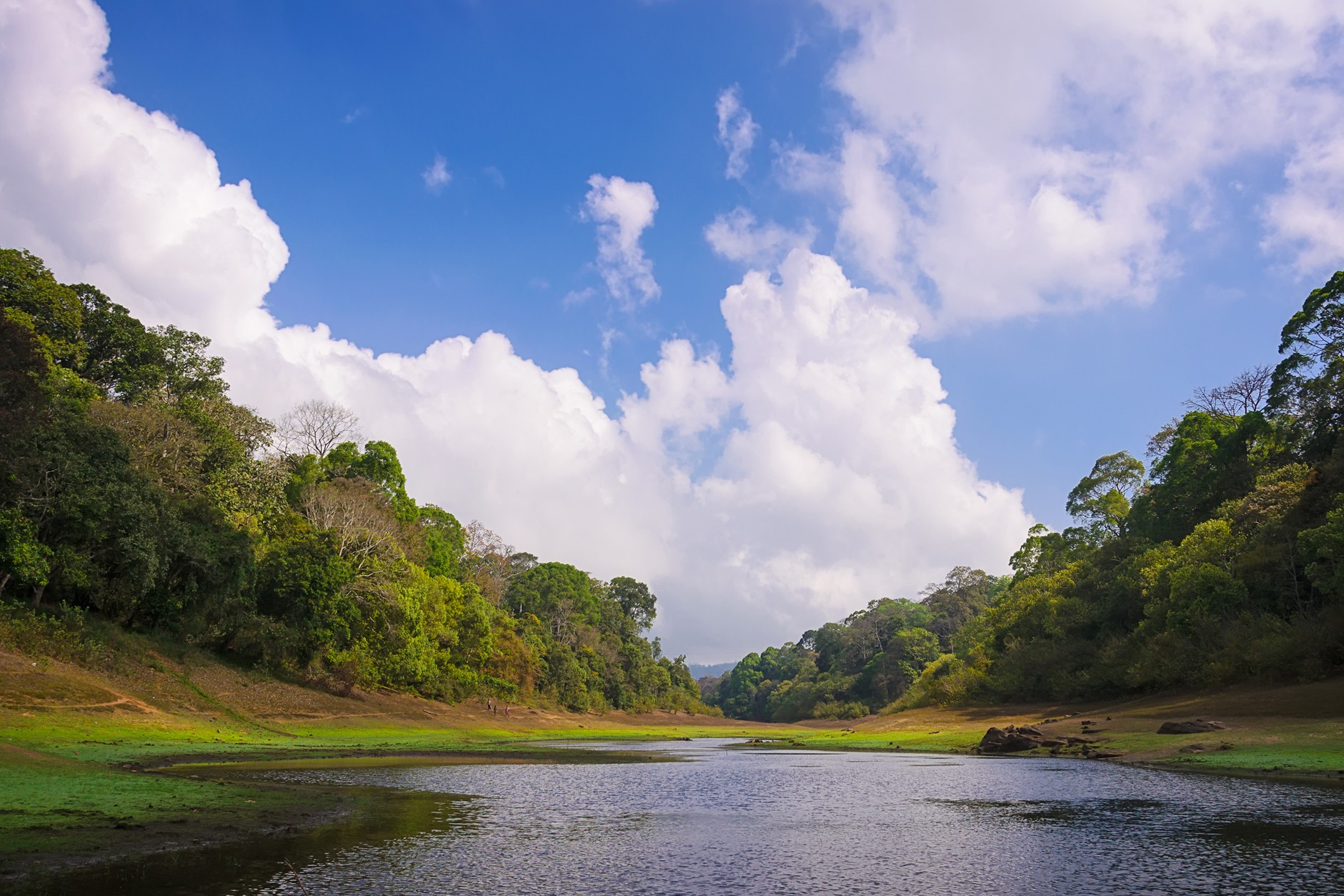 BOATING IN THEKKADY- EVERYTHING YOU NEED TO KNOW 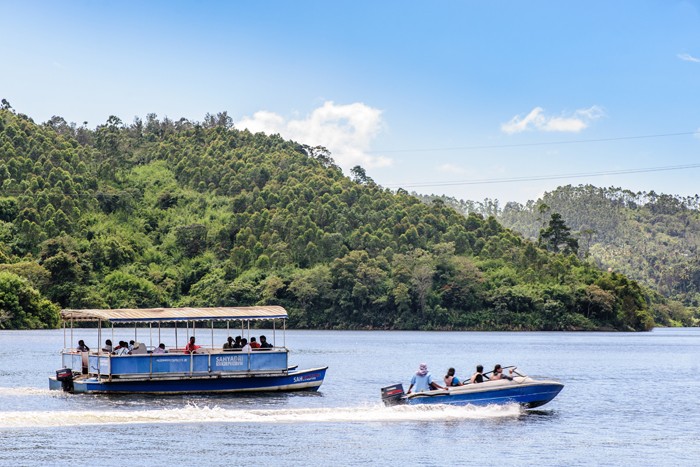 There's nothing like a boat ride on clear and calm waters, bearing witness to the ethereal beauty and charm of mist-clad hills and the splashy white trail of water that the boat leaves behind, in stark contrast to the placidity elsewhere. Too many adjectives for just one place?
First up, you can rest assured that the use of so many adjectives justifies the beauty of the place around Periyar Lake in Thekkady (and not an attempt by this writer to gloat over his writing skills), which has become a popular tourist attraction, and where boat safaris have become the most coveted tourist activity. Boating on the Periyar Lake was one the earliest tourist programmes introduced in Thekkady by the Kerala Tourism Development Corporation (KTDC). Today, it draws a large number of tourists from all over the world to Thekkady. The Periyar Lake itself was formed by the construction of the Mullaperiyar dam in 1895. Being the major source of water for the fauna that inhabit the Periyar Tiger Reserve, animals are frequently seen along the banks of the lake drinking, bathing and socializing (the animal way, of course).

The frequency with which animals arrive at the lake understandably vary according to the time of the year. The smooth coated otter, found only in areas with plenty of water, are a common sight while boating on the Periyar Lake.
Perhaps a major reason why boating gained immense popularity is the unique perspective it offered of the Thekkady landscape from the boats. Hills that seem to stretch on forever and the patient wait for animals to emerge out of the thick forest merit the time spent drifting on the Periyar's waters.
Things to remember
Have all the fun you want. But it doesn't hurt to keep a few things in mind:
Follow safety precautions laid out by the organizers and personnel commanding the boat.
Although boat safari is an activity for all age groups, children are to be under constant adult supervision throughout the ride.
Refrain from littering the lake. Boat safaris are part of the community based eco-tourism development programmes and tourists are expected to promote the conservation of Thekkady's aquatic systems.
Catching a glimpse of animals near the lake is a potential source of excitement and understandably so. But getting caught in a frenzy and leaping to the side of the boat facing the animals is a threat to passenger safety and puts the boat in danger of tipping over. There would be unobstructed views of the animals even if everyone remained in their seats.
Boat rides have long been a favorite activity for most avid travelers. Hassle free online booking has made things even easier (no more standing in boring long queues!!). When one gets to enjoy a boat ride surrounded by Thekkady's scenic charm, it doesn't get any better than this.